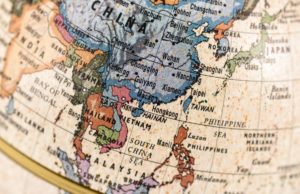 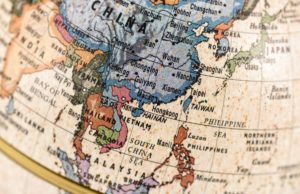 GHS, the Globally Harmonized Standard, is the new global standard to be used for the classification of chemicals in most industrialized countries. Countries in Asia have adopted GHS at various levels and speed and it can be challenging to keep requirements straight across these regions.

A full understanding of both legal requirements and industrial practices is needed for compliance but in this post, we’re going to cover some of the essentials in the big three: China, Japan and Korea.

One thing that China, Korea, and Japan have in common is that GHS is fully implemented in each nation. However, it is essential to note that there are permissible differences in: emergency contact number, listing of ingredients, physical and chemical properties, transportation section, and regulatory information/right to know. Also, SDS must be translated to the appropriate language: simplified Chinese in China; Japanese in Japan; Korean in Korea. Chemical names and foreign entities may be in English.

Finally, it’s important to know when relevant laws were put in place in the three countries. In China, legislation for Chemical Safety Data Sheets (CSDS) and Precautionary Labels has been in effect since January 1, 1997. This was followed by legislation implementing classification of hazardous materials in January 2008; safety data sheets with GHS format in February 2009; and GHS labeling of chemicals in May 2010.

In Japan, legislation went into effect for GHS in December 2006. And in Korea, legislation was enacted requiring classification and labeling of new chemicals in July 2008. For existing chemicals, the classification of pure substances was in effect July 2010 and mixtures July 2013  in Korea.

This, of course, is only a highlight of the important details regarding GHS and its application within Japan, China, and Korea. Contact your local environmental health and safety expert who specializes in Asia for additional information.